HIS213 Special Topics: US Women's History

"If it be the secret of successful teaching to inspire the pupil with a love of knowledge for knowledge's own sake, then we may commend the Pennsylvania Female College...we have never known classes (and especially, if we may say it, classes of ladies) which showed as much delight in fixing the accent of a Greek verb or digging up the root of a Latin noun, as the ladies of the College exhibited yesterday."

"The examinations at the close of the late term were conducted with rigor and minuteness, and gave unusual satisfaction to the Board of Examiners. They clearly evidenced that both the president and teachers were persons of broad culture, who have themselves tested the benefits of enlarged courses, in which they would direct others.  Their desire seemed to be, as it should be, to give thoroughness and completeness in study rather than a shallow and perfunctory smattering."

The online collection of commencement programs from Chatham University can be accessed here. 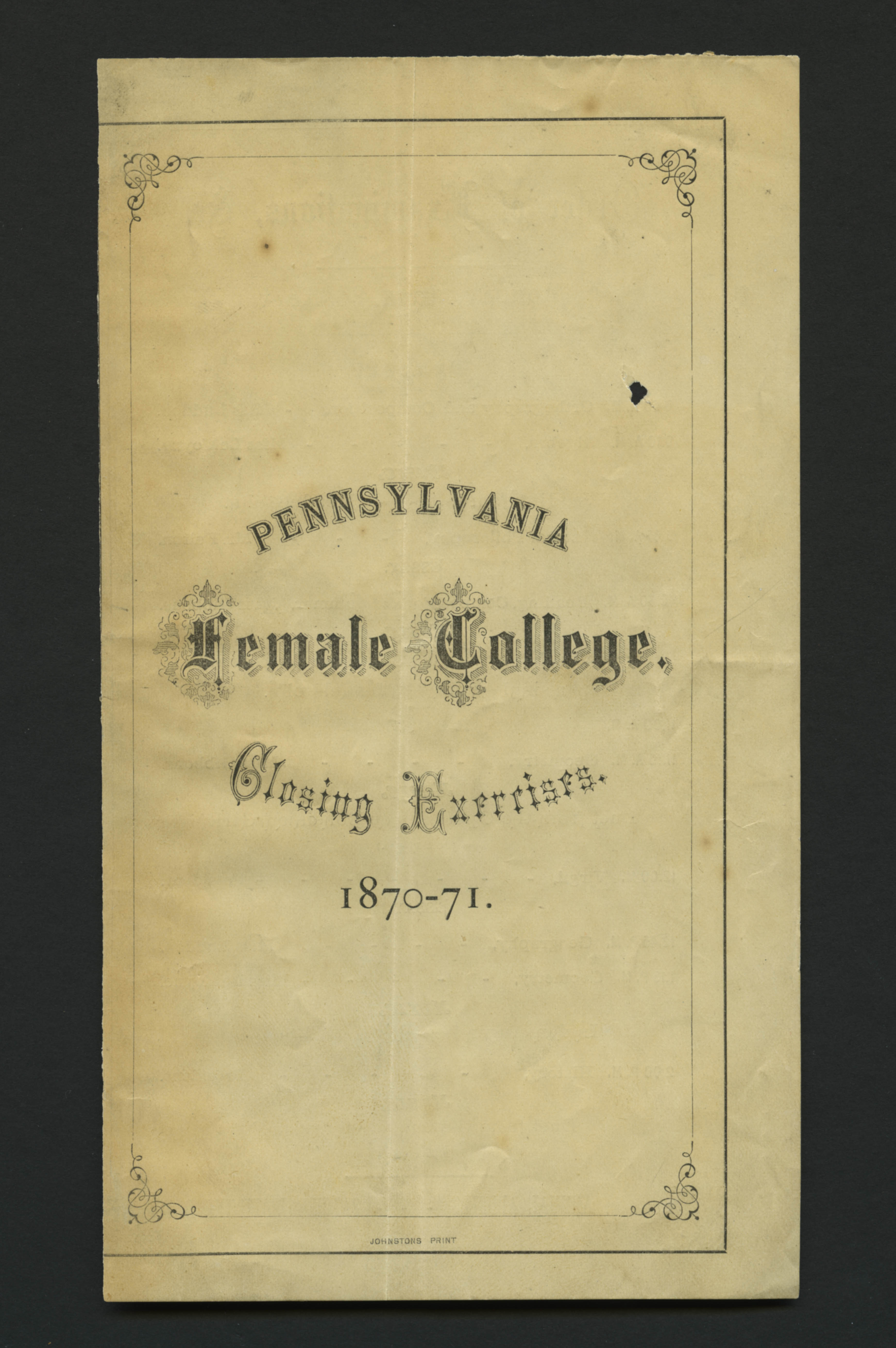 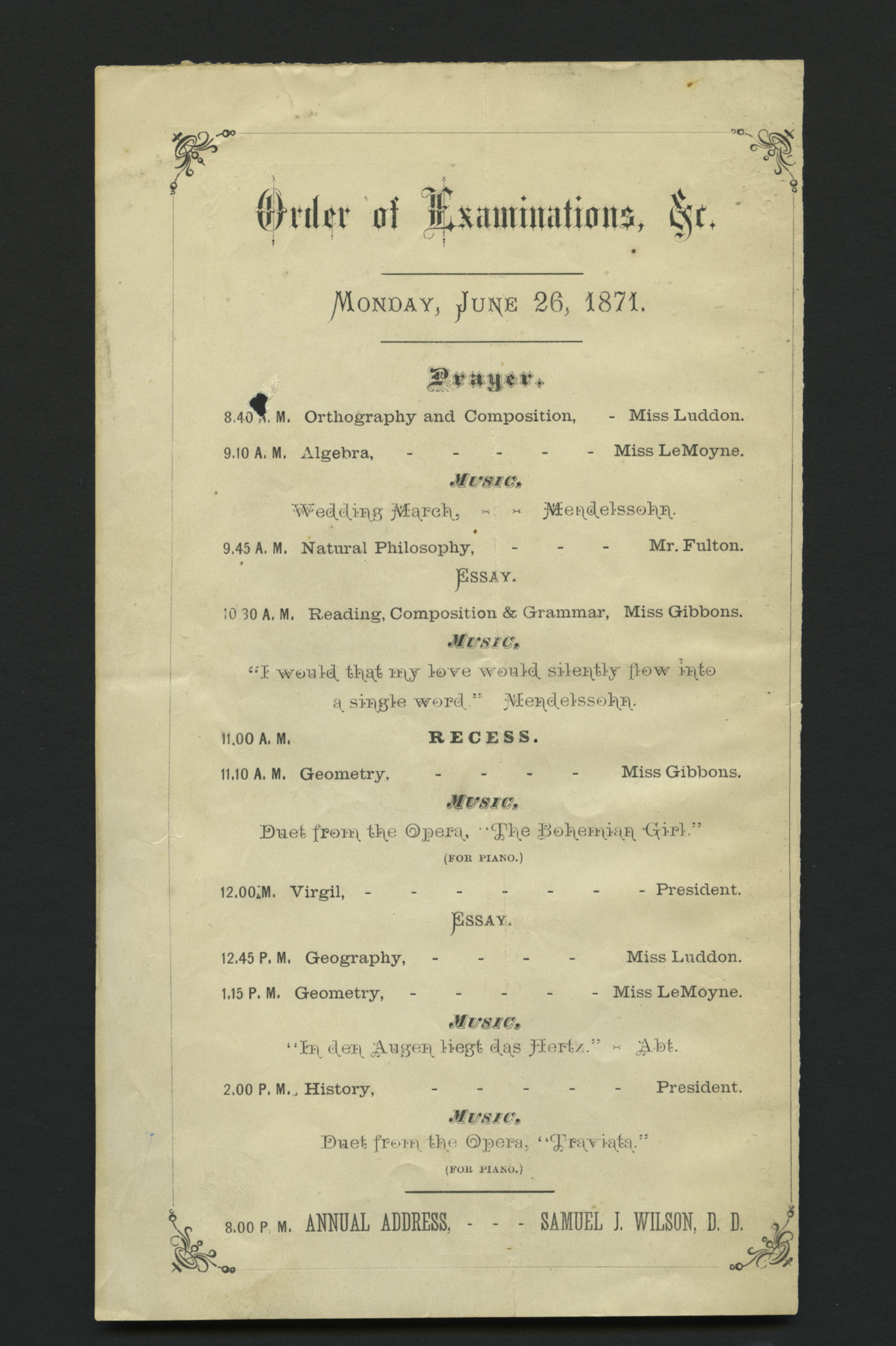 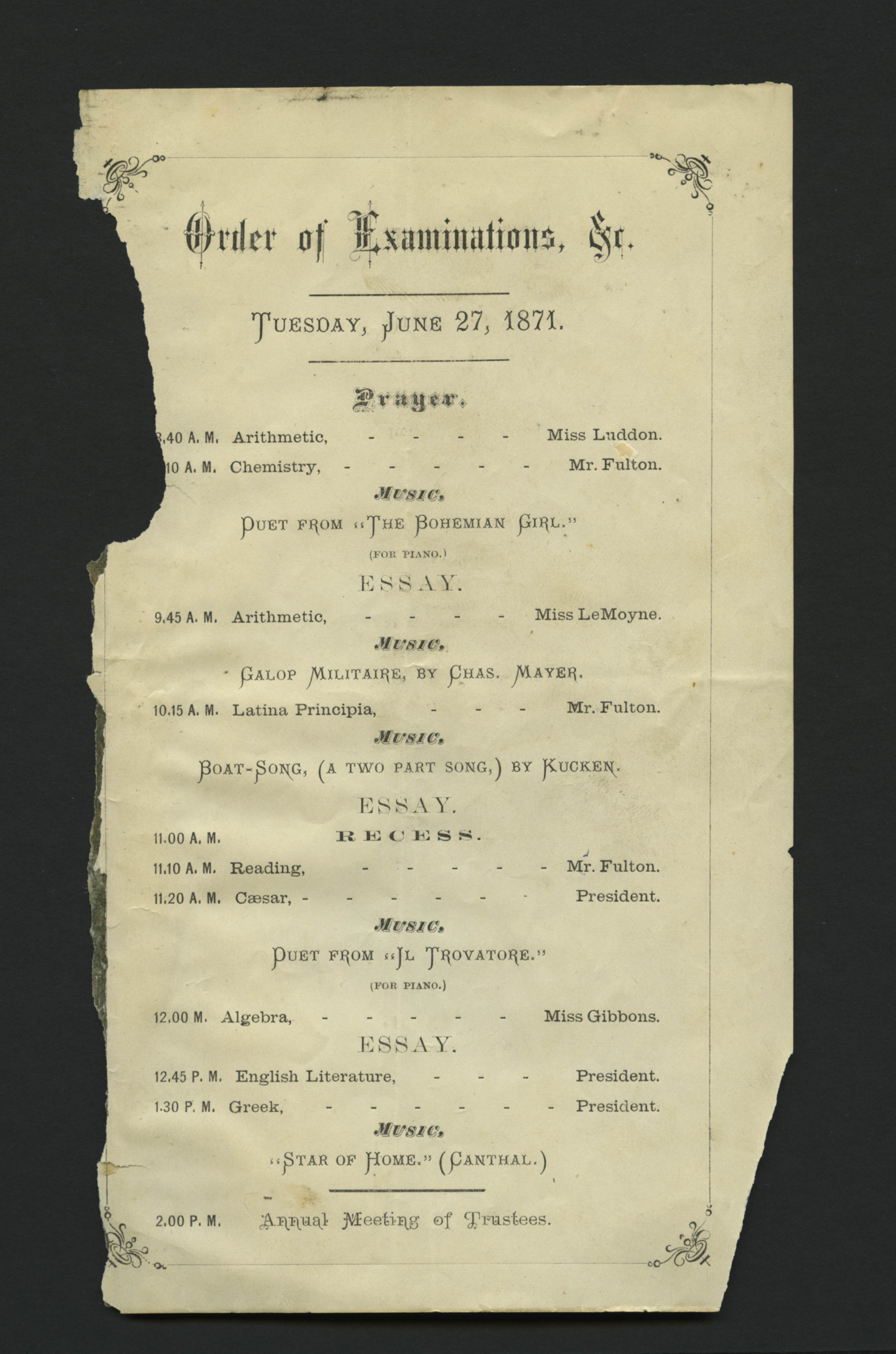 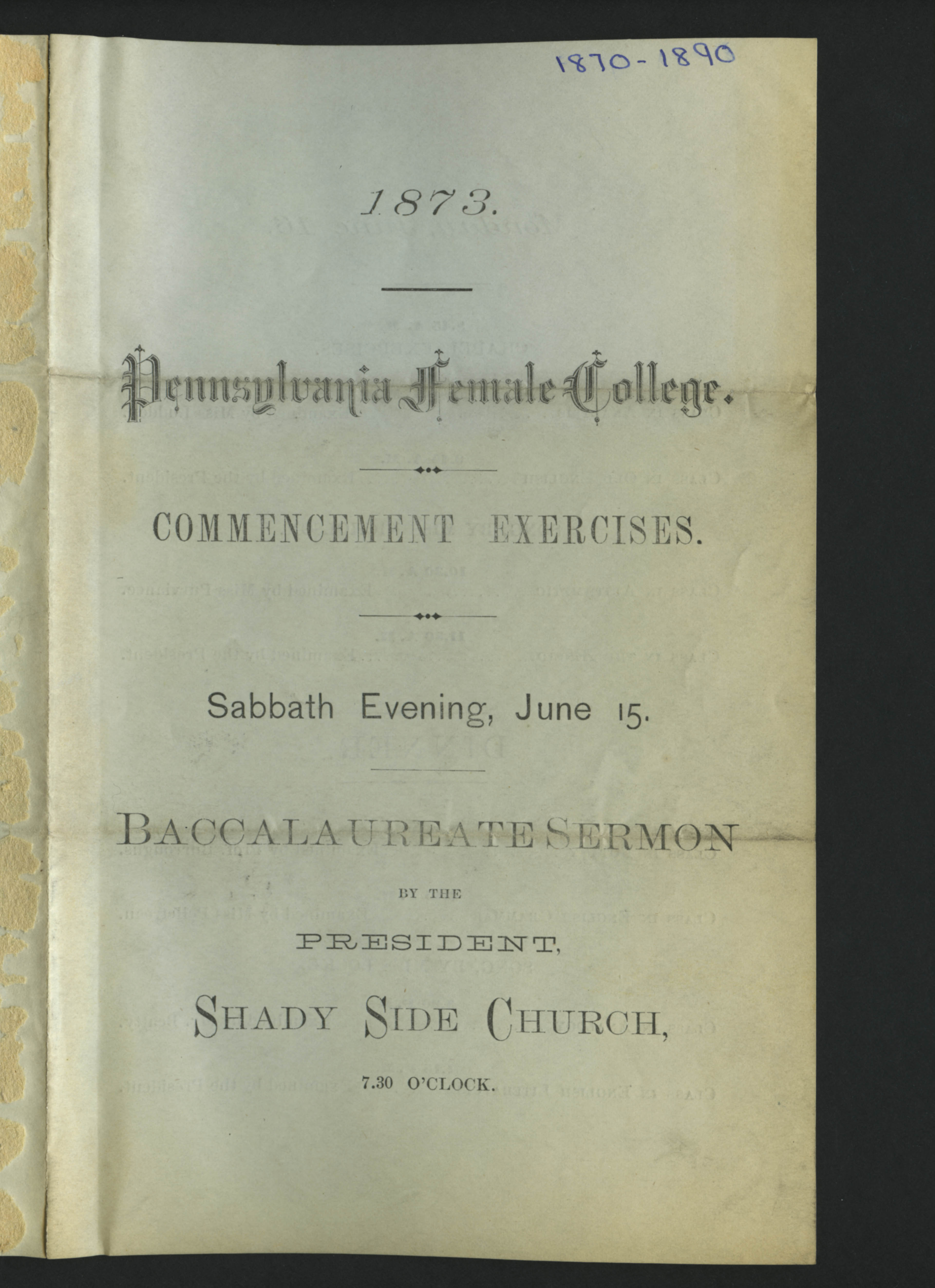 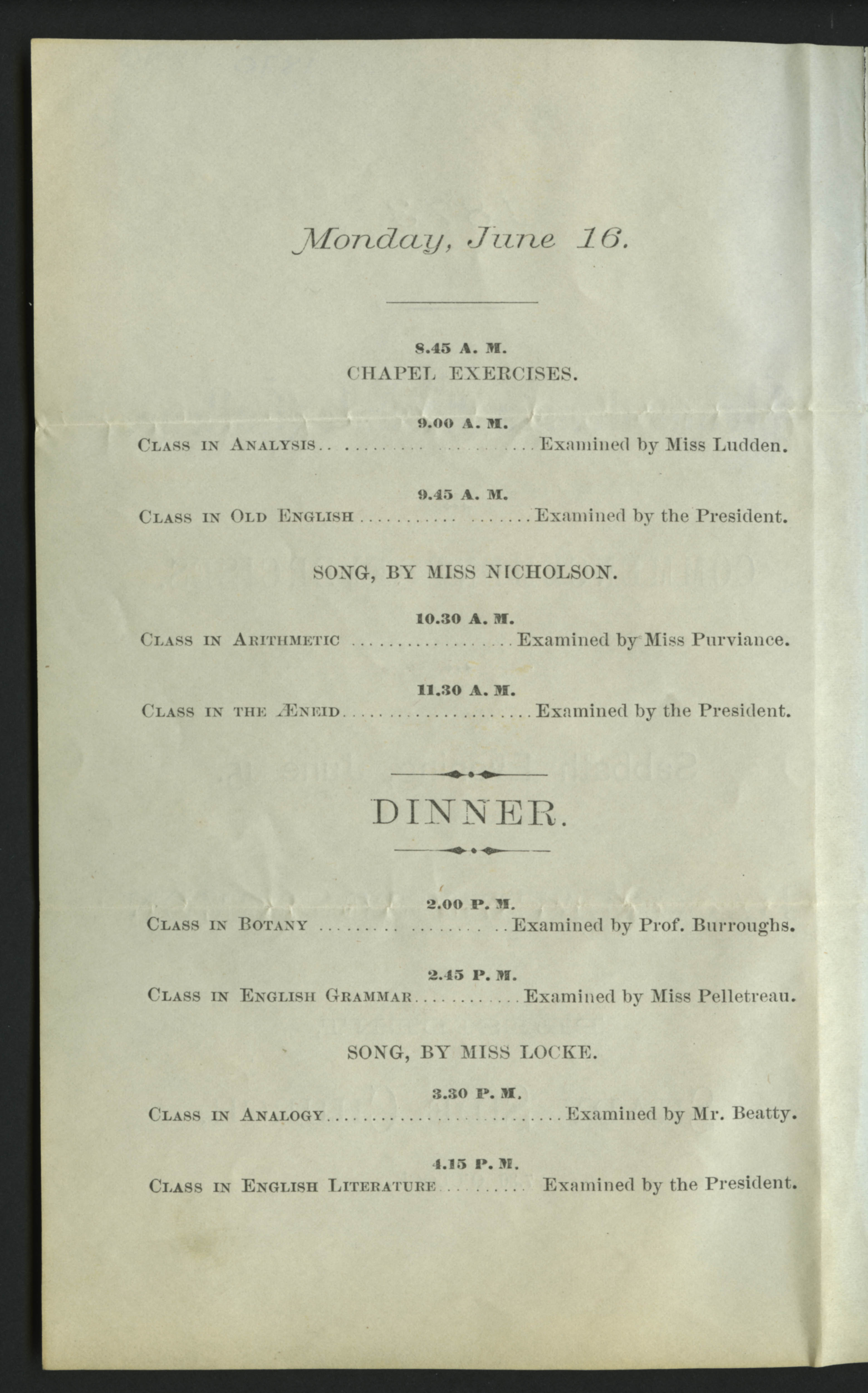 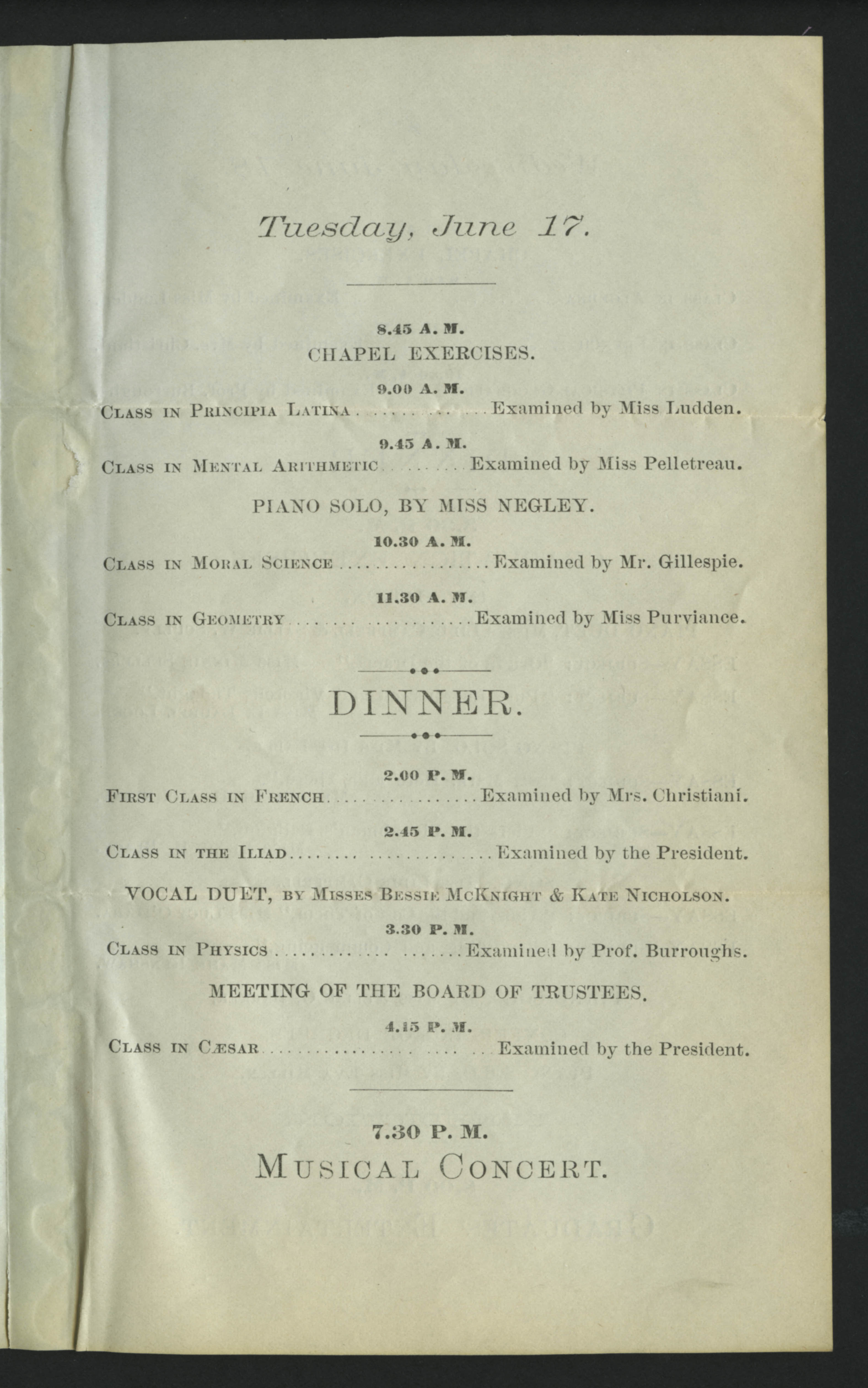 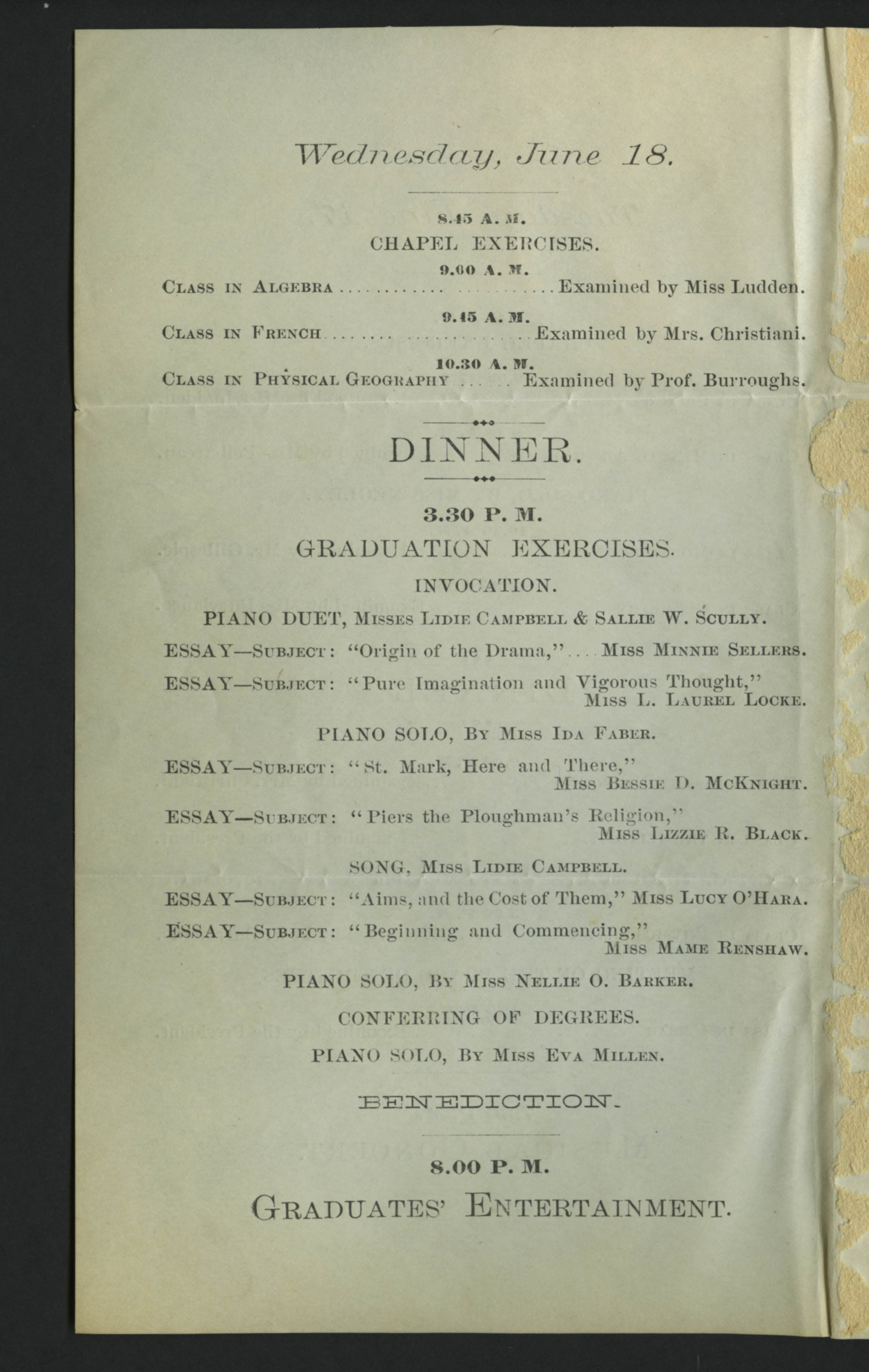