A guide to copyright issues.

A Repository of Public Domain Materials

A list of known collections of resources in the public domain, compiled by the Copyright Advisory Office of Columbia University. Includes literature, music, photographic and artistic images, and video.

Center for the Study of the Public Domain

Center for the Study of the Public Domain

Operating at Duke Law School, the Center studies copyright and the law, and attempts to preserve copyright in its original incarnation as a right to be exercised "for limited times." The Center's view is that works which can only benefit the creator or publisher, and those who can afford to pay the creator or publisher for its use, are damaging to scholarship, to art, and to free speech. They believe that creative works should be primarily used by the copyright holder for a short period (for example, five years after publication) and that those works should be made useful to the public at large thereafter.

Works that have endured beyond their registered copyright are considered to be "public domain" works. Works in the public domain can be consumed, copied, published, or modified by anyone.

It can be difficult to determine whether a work has reached the point of public domain. Over the last few decades, copyright extension acts have been passed in the United States which have lengthened standard copyright terms. Current legislation decrees that a work enters the public domain 70 years after the death of its creator. 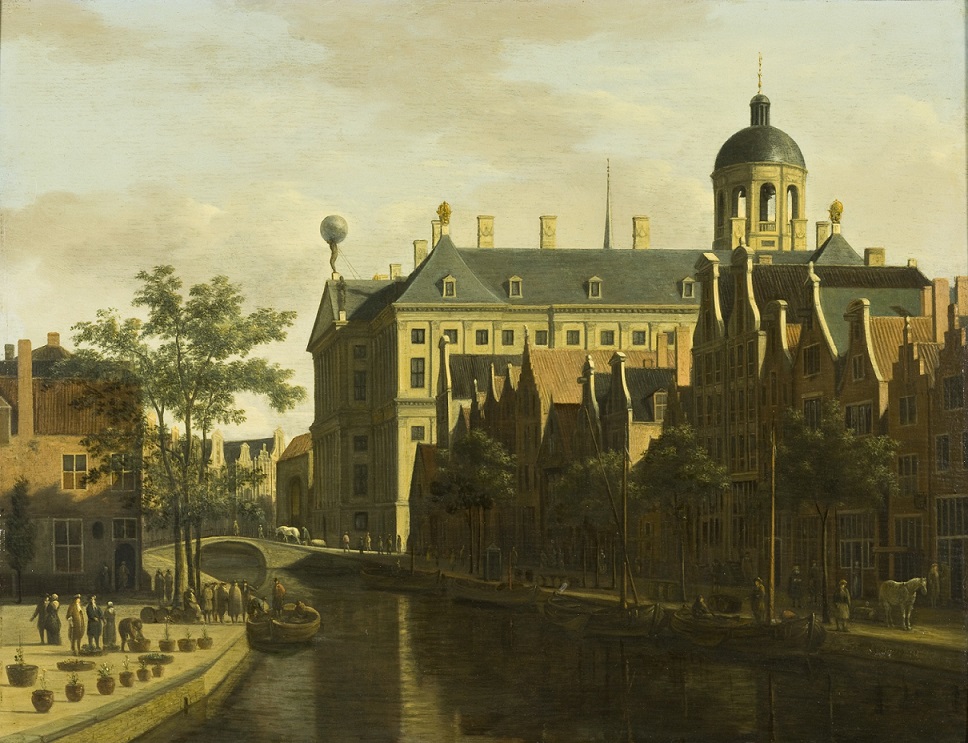 The Nieuwezijds Voorburgwal with the Flower and Tree Market in Amsterdam, a public domain work by Dutch painter Gerrit Berckheyde (1638-1698) - Source

Some Notes on the Public Domain and Credit

Though works which have endured beyond their copyright are free to be used, they are not meant to be rendered anonymous, or for their credit to be absorbed by the public.

For example, the works of Jane Austen, now in the public domain, are free to be re-published, translated, or modified, which is how you will see books such as Pride and Prejudice and Zombies being bought and sold in the marketplace. However, Austen must still be credited for the work that she contributed. Authors are forever the authors of their work.

In that same vein, quotations and citations are still required for works which have reached the public domain. A term paper which discusses the works of Mark Twain, for example, should still contain page numbers after quotations, with the individual texts listed in the bibliography.

In fact, it is especially crucial that public domain works be given clear citations: because they can be re-published at will, many editions (which may or may not be accurate) of public domain works exist. Readers and evaluators of academic work must know which edition was used if they are to trust the information as presented.

Is It in the Public Domain?

How do I know if an item I want to use/publish/modify is in the public domain?

What is an Orphan Work?

Orphan works have not yet reached the date beyond publication when they could be officially considered a public domain work; however, the copyright holder is not known, so there is no way to apply for licensing or usage rights. An orphaned work is effectively in legal limbo.